Kate Moss was joined by loads of celebrity pals, including Jamie Hince, Sienna Miller and Lily Allen, for her fundraising karaoke event Hoping's Got Talent at Cafe de Paris in London last night. Kate and Louis Walsh hosted the evening in aid of the Hoping For Palestine charity, and last year's event raised £319,000. Lily looked tanned after flying back from Nice Airport with Kate and Jamie, and all the celebrities in attendance were full of smiles as Will Young dressed up in a fat suit and David Walliams donned a costume. Kate bowed down on stage to Pink Floyd's Dave Gilmour, while Will Self performed tricks with Sadie Frost, Kimberly Stewart and a cycle! Check out all the fun pictures after the jump. 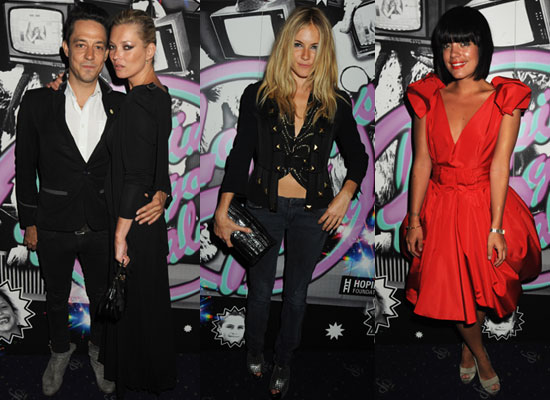