Kate Moss laughed her head off while she posed with Virgin Atlantic head honcho Sir Richard Branson on the wing of a jumbo jet at Heathrow today. The airline celebrates its 25th anniversary today and Kate was there to up the glamour factor in her matching red ensemble and sky high heels, while Richard wore a pilot's uniform. The two of them boarded the plane to take a trip from Heathrow to New York City, the same journey the first company plane took on June 22, 1984. The plane also held some other celeb guests including Christopher Biggins, who was a passenger on the very first flight too! 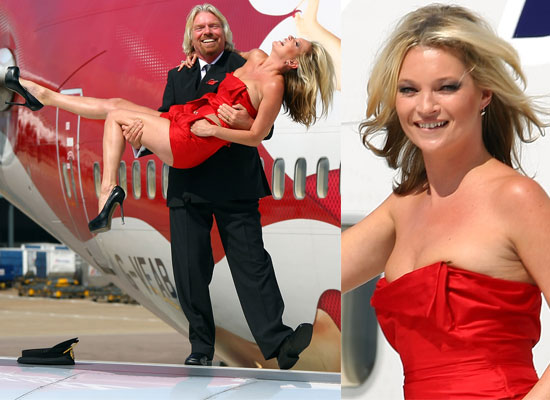