Kate Winslet began filming Mildred Pierce in New York at the weekend, and yesterday she continued the shoot in two new costumes in her role as divorced mother Mildred. Grazia have expressed dismay over the frumpy 1940s wardrobe choices for the HBO TV series, comparing them to the powerful costumes worn by Joan Crawford in the 1945 adaptation, which she won an Oscar for. Kate stars alongside Evan Rachel Wood and Guy Pearce in the miniseries, which is directed by Far From Heaven's Todd Haynes — with this fab cast I can't wait to see the finished product. 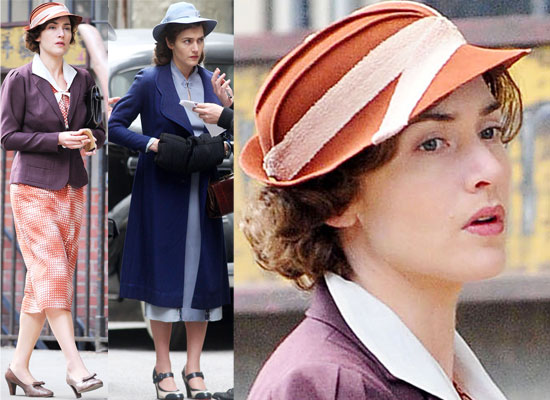