Kate Winslet was looking radiant as she arrived at the New York studios of David Letterman's show, smiling and waving at the waiting fans and photographers before she went in. She was on the show to promote her new movie Revolutionary Road, which she stars in with old friend Leonardo DiCaprio. Once inside she changed into a little black dress and told David all about the many injuries she managed to suffer while cooking Christmas dinner, which led to her sitting and eating it with her hand in a bowl of ice. Ouch. She also talked about reuniting with Leo so long after Titanic and how it was to work with him again. Check out the full interview after the jump! 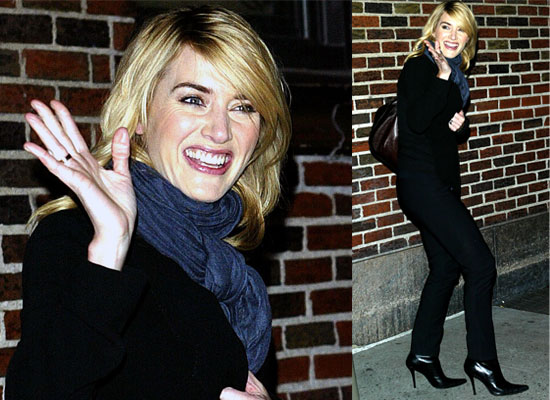