Kate Winslet was at GMTV this morning looking fresh faced in the cold winter air as she left the studios after her appearance on the show. January is going to be a busy month for Kate as she has two movies coming out, the first is The Reader out on January 2, in which she stars as a woman who gets involved with a younger man and a decade later reconnects with him as she defends herself in a war crime trial. The other is Revolutionary Road which, as I've mentioned before, I am really looking forward to. She reunites with Leonardo DiCaprio for the movie of Richard Yates' fantastic novel, which is released in the UK on January 30. I love Kate, and I'm really looking forward to seeing her in both releases, are you? 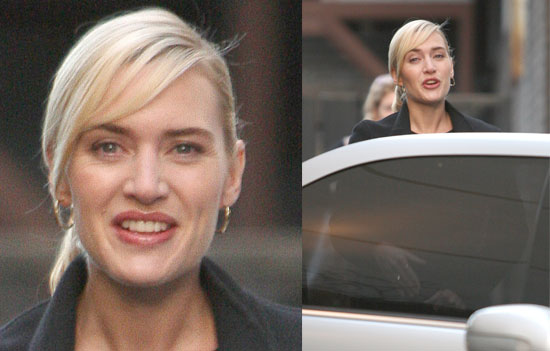