Newlyweds Katie Price and Alex Reid were spotted arriving back at their hotel last night after a day celebrating their wedding as they began their honeymoon in Vegas. Alex showed off his wedding ring as the couple walked through the lobby, the night after their expensive wedding night at a strip club. Meanwhile, back in the UK Kate's ex-husband Peter Andre appeared on Sky News where he'd been prebooked before Kate and Alex's wedding to talk about his new tour. Presenter Kay Burley pushed him when asking him about the custody of Harvey, Kate's son with Dwight Yorke — who Pete thinks of as his own son — and Pete had to cut the interview short as he fought back tears. If you missed it you can watch it under the cut, do you think that Kay shouldn't have asked the question? 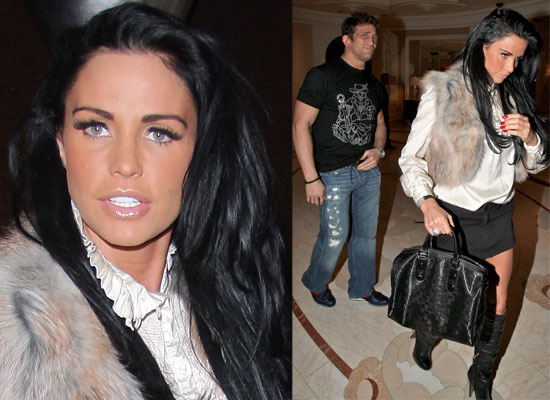