While Katie Price and her "sex mad" boyfriend Alex Reid arrived at Heathrow yesterday, Peter Andre visited Radio One as his interview with Fabulous Magazine in the News of the World hit newsstands. He revealed he still has Katie's name tattooed on his wedding finger, but said: "I will get it removed soon, but it hasn't been on my list of top priorities". He added: "I know we could never get back together. But I'd like to think we can be friends for the sake of the children." Before jetting off to Puerto Banus near Marbella, Kate moved Alex into her home and had to cancel a book-signing on Saturday because of flu and toothache, and her spokeswoman confirmed: "She does not have swine flu, but she has been a little under the weather this week". It sounds like Kate won't be repeating her wild ways in Ibiza, which is just one of the topics Peter discussed during his interview. Here are the highlights: 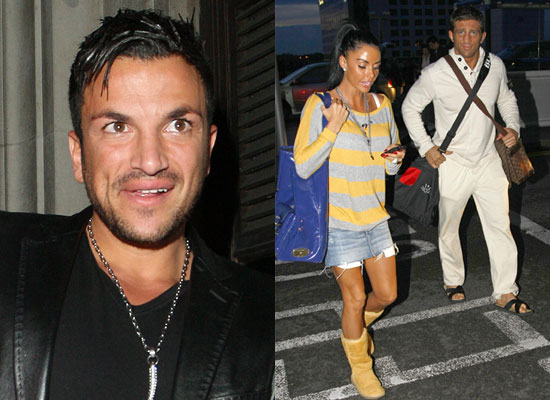 To find out what Peter said about the children and what he's looking for in a woman, read more.

You were fairly evenly split on whether or not you were interested in what Peter had to say, so how do you feel now his interview has been released?