Katie Price was full of smiles as she left the Ivy in London with Alex Reid last night. The couple have been training together and kissing in public, and Kate has taken to her OK! column to defend their relationship, saying: "I’m really happy with Alex. He’s absolutely gorgeous so if anyone thinks he’s ugly they should look closely because he’s properly fit. It’s not how the papers say — it’s serious… Pete’s the one who broke up with me and it’s good I’m moving on." Peter's certainly moving on with his career, with his documentary on Monday being ITV2's highest-rating show this year. There's also a rumour that Pete's in advanced talks about returning to the jungle where he and Kate first met, to do "something very special" for this year’s series of I'm A Celebrity Get Me Out Of Here. Now that would be insania! 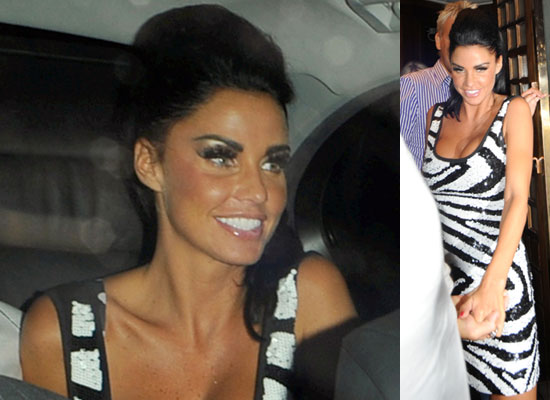