Katie Price and Alex Reid were spotted at the May Fair Hotel in London last night, although there was no sign of them at the premiere for Alex's film Killer Bitch which took place at The Curzon Cinema. Following his knee injury Alex had to pull out of his MMA fight with Tom Watson in May, but it has been announced the fight will take place in September. Alex is hoping to combine his acting and fighting skills in an action film, and while he was at the Iron Man 2 screening earlier this week he chatted about his plans to involve his wife, saying: "I wouldn't say no to a film with Katie. That would be great. I've been working out loads, pumping iron and doing my Martial Arts, so I'll be ready for an action part." Kate has received some unwelcome accolades this week, being named one of the most headache inducing celebs as well as topping a survey about the celebs you'd most like to see in the stocks. 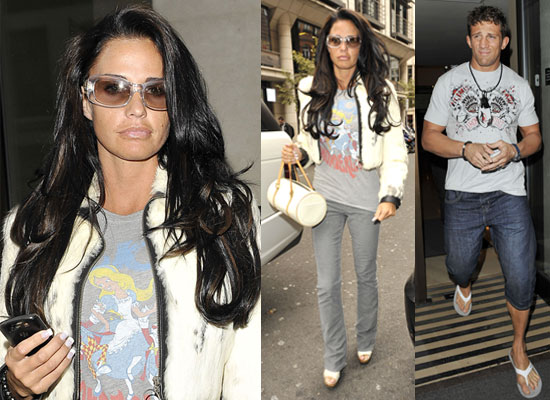