Katie Price and Alex Reid were in London yesterday with Princess at the Mayfair Hotel before Alex attended the VIP screening of Iron Man 2 at Vue Westfield while the film's premiere took place in LA. Alex gave his best fighter pose, while Kate herself competed against another fighter in Scream If You Know the Answer. She took on Amir Khan in the theme park game show which starts on Watch on 2 May: watch footage after the jump! The possibly pregnant star has received criticism from Kirstie Allsopp for putting her children in the public eye, while Kay Burley's interview with Peter Andre, where she asked him about Alex adopting the children and which left him in tears, has been found not in breach of broadcasting guidelines by Ofcom. 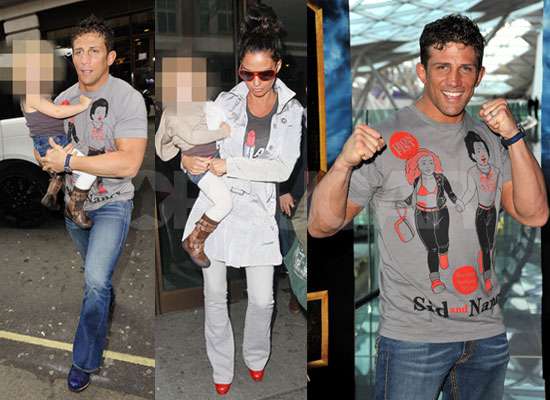 To watch Katie on Scream If You Know the Answer plus more pics, read more.