Katie Price was out on the town in London last night to celebrate David Walliams' birthday in Notting Hill. David's birthday bash was held at The Electric Cinema, where Matt Lucas, James Corden and Geri Halliwell turned up to party with their friend. Kimberly Stewart held her birthday celebration close by, and also dropped in to greet the birthday boy. Katie showed up without her man Alex Reid, but alongside her make up artist friend Gary Cockeril, while Geri was accompanied by her man Henry Beckwith. It looks like a fun night! 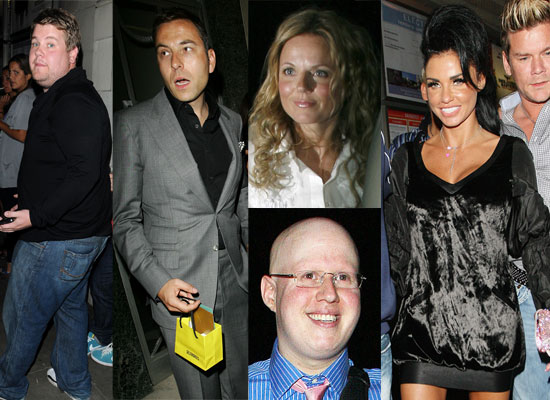