Katie Price arrived at Gatwick Airport yesterday with Alex Reid, her horse riding instructor Andrew Gould and his family to fly away for a holiday in Egypt. Kate announced on her website this week that she has pulled out of the London Marathon on doctor's orders, saying: "Training has been going really well, and I was really looking forward to running again this year to raise as much money as possible for Vision, but I have been advised by doctors I should not compete this year". This has led to speculation about pregnancy being the reason that Kate has pulled out, but Alex has denied his wife is pregnant in his Star column: "I keep being asked whether Katie is pregnant, and I just say: 'Maybe; maybe not.' It’s the easiest response. But I can tell you that she’s not pregnant at the moment." With rumours about Kate visitng a fertility clinic earlier this week, it seems her womb is keeping the world enthralled. 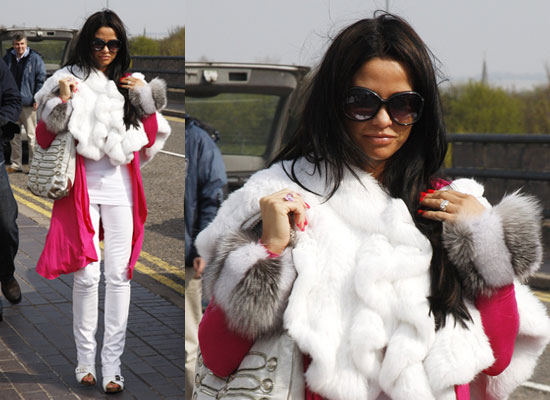