Katie Price shopped at Toys 'R' Us in Brighton ahead of Junior's fourth birthday on Saturday, while Peter Andre was still in China for the International Indian Film Academy Awards. He performed during the Fashion Extravaganza on Friday, before chatting with the media on Saturday ahead of the big ceremony, which will be broadcast to 500 million viewers. Pete tweeted before his performance: "Could I be anymore nervous? Can't even drink my coffee. Please wish me luck Love Pete". He took to the green carpet with Bollywood actress Sophie Chaudhary, and Kate reportedly said: "If that girl wants him, she is welcome to him". At Junior's party, Kate apparently said: "I’m so over Pete. Today has been all about moving on with my life". With reports that Kate has signed a deal with ITV for her own show, while Pete will continue to be filmed for his own show, it certainly looks like they're both moving on. 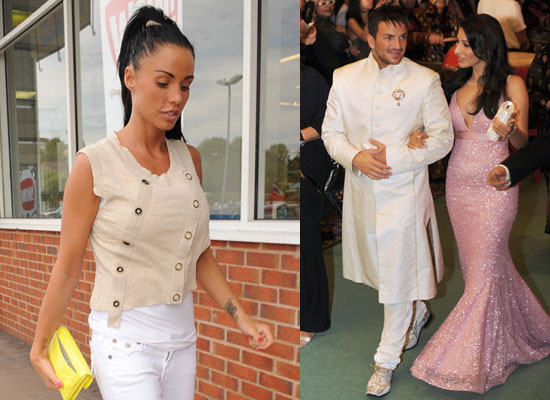