It's the last day of November today, with most people preparing for their festive celebrations as 2009 comes to a close — as you can see, Katy Perry's certainly got Christmas spirit already! She was in her red and white costume as she took to the stage in Ischgl, Austria, performing to kick off the winter ski season there. Katy took to her twitter to say she was hitting the slopes, but there was no sign of her man Russell Brand, who her Dad recently met. Katy's Pa liked Russell but isn't too sure about the future of their relationship, apparently saying: "I have met Russell. I'm not thinking he's the guy who will be her husband, but he's a nice guy." 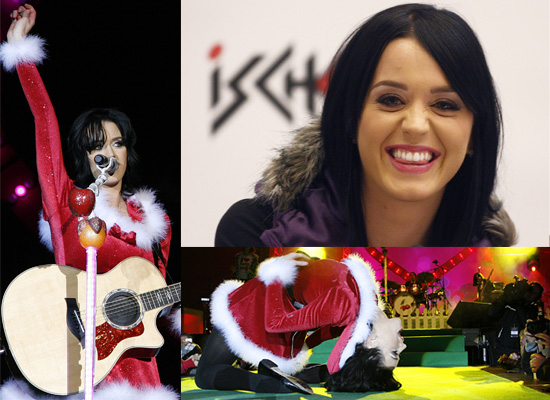