Russell Brand and Katy Perry continued to house hunt in New York City yesterday. While Russell took an espresso cup with him as he left his hotel, Katy opted for a take-away container for her hot drink as she arrived at a studio in Chinatown. Following their hot bikini and shirtless trip to Mexico two weeks ago, the couple are in cooler climes as they search for a base on the East Coast, with Katy also putting in some studio time as she records her new album. Russell is also looking to his upcoming projects, and is planning a hair cut ahead of filming the remake of Arthur. Will you be sad to see Russell's long locks go? 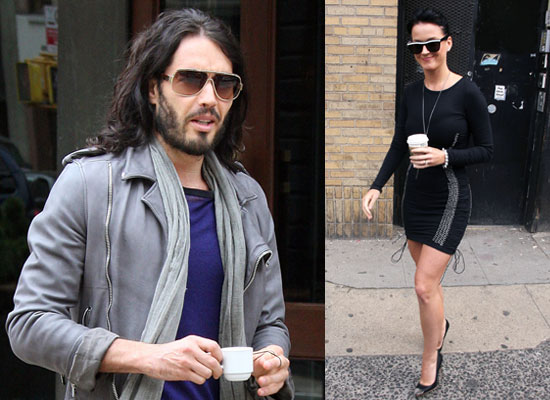