Keanu Reeves was in town at the London Film Festival last night, at the UK premiere of documentary Anvil! The Story of Anvil about Canadian band called — you guessed it — Anvil. The Prime Minister's wife Sarah Brown also posed with the band on the red carpet as her brother Sean was involved in making the movie, which tells the story of the band that formed in Toronto in the 1970s and are still playing today. When asked on the red carpet what made the story special, Keanu said: "It's a really inspiring film about friendship." It's definitely one I have marked down to see! 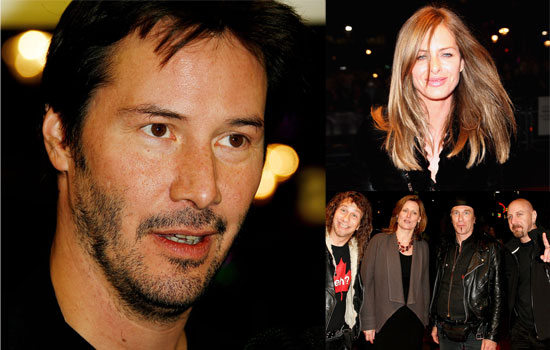