Keira Knightley looked cozy in a big coat and scarf as she signed autographs as she left the Comedy Theatre in London after her first performance in The Misanthrope last night. She was full of smiles, so hopefully everything is good with Rupert Friend after she made those strange comments last week about the state of their relationship. Interest in her West End debut has drastically increased, with the play taking more than £1million in ticket sales in four days. The majority of you are drawn to the theatre when a big name star is involved too. 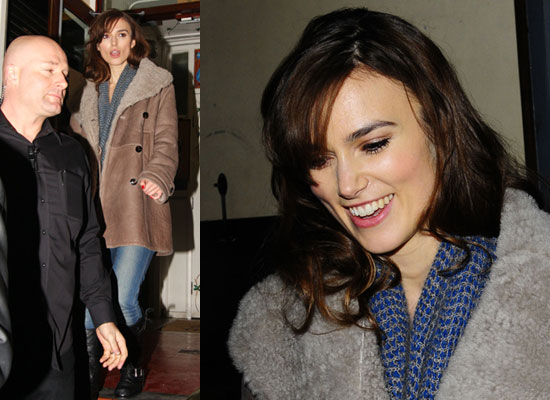