Keira Knightley was paying costar Guillaume Canet some lip service in New York yesterday as filming for their new movie Last Night continued. Though she wasn't smiling as much as a last time we saw her on set, I'm sure it can't have been too much of a hardship kissing her handsome leading man! Keira has also had some rather fantastic news recently, as she's been nominated for best actress at the British Independent Film Awards for her role in The Duchess! 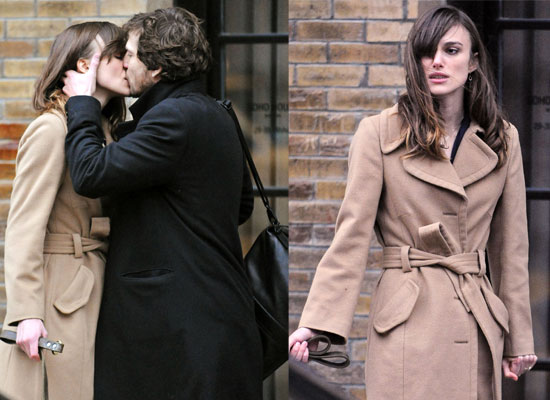