Keira Knightly gave a trademark pout at the after party at the Institute Of Directors following the press night of The Misanthrope yesterday. She's been performing in previews of the play at the Comedy Theatre for the last 10 days, and last night she faced the critics. She's spoken about her nerves but that hasn't stopped certain film critics tearing into her, with one saying she has "all the charisma of a serviceable goldfish". It's not all bad though, with some positive reviews of her performance too, and the director has praised Keira's courage. 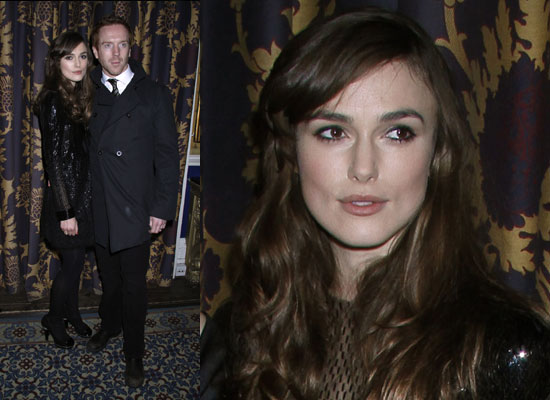 To see more pictures of Keira and her costars, just read more.