Keira Knightley flashed a smile as she left the Comedy Theatre last night after putting in another performance of The Misanthrope with Damian Lewis. The play is still in previews with the official opening night on 17 December, but audiences are already raving about Keira's performance. She's been keeping warm as she leaves the theatre each evening, wearing a big coat and accessorising with practical scarves and hats. Keira's spoken about her nerves, but director Thea Sharrock has said her leading lady was very prepared coming into rehearsals and several other actors have offered their tips for making the transition from screen to stage. 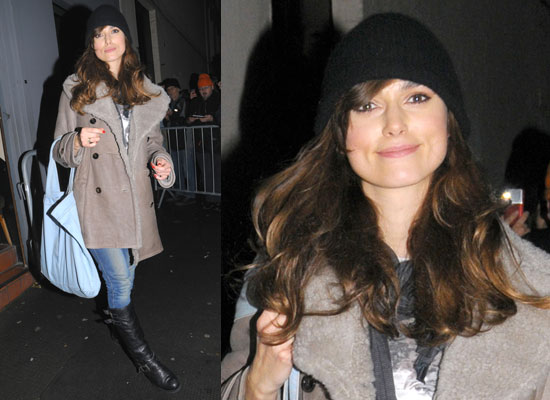