We've seen Keira Knightley locking lips with costar Guillaume Canet on the set of new film Last Night, so it's no surprise that Rupert Friend has made his way over to New York to spend some quality time with his number one girl. Keira wore her favourite bag and downtime clothes as they strolled around downtown Manhattan, but we didn't see as many smiles on Keira's face as we've grown accustomed to recently. When Rupert returns home Keira won't have to worry about being short of playmates, as she's also been kept company by a four-legged friend while filming in the States! 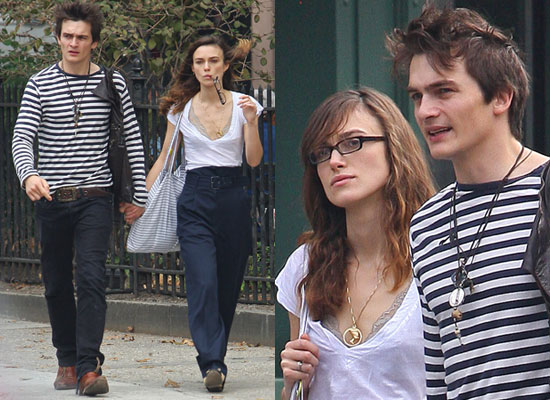