Keira Knightley and Rupert Friend enjoyed another night out in London yesterday, wearing matching black hats as they left the Blacks Private Club in Soho. They have reason to celebrate, as Keira has been nominated for an Olivier Award for her performance in The Misanthrope: check out the full list after the jump, which includes Jude Law, Rachel Weisz, Mel C and James McAvoy too. Keira will also be relieved that an arrested man who is accused of harassing her has appeared in court and will stand trial on 4 June. 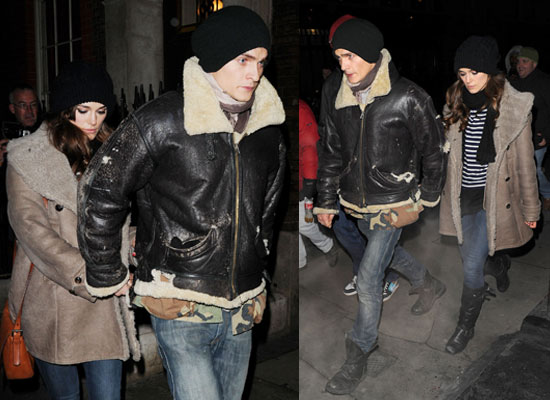 To see the list of nominations for the Olivier Awards, just read more.