Keira Knightley was wrapped in her favourite coat as she left the Comedy Theatre last night, but if reports are to be believed, she's been wearing a lot less than that recently. She has apparently been making secret visits to the Halcyon Gallery to pose nude for artist Mitch Griffiths, who is reportedly painting a number of people for an exhibition next year. Keira's big smiles suggest she's losing the nerves as she gears up for the official opening night of The Mistanthrope on Thursday. It would be great to see Rupert Friend in the audience supporting his girlfriend, and putting to rest those suggestions of problems in their relationship. 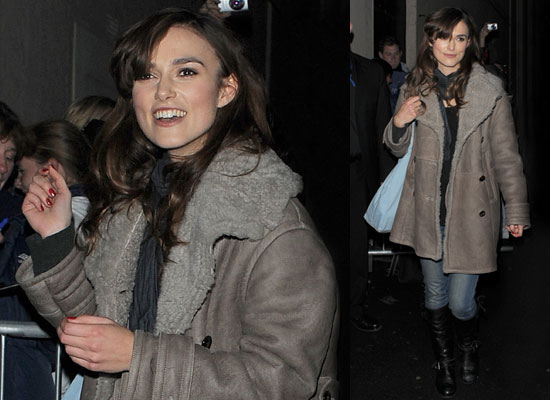