Kelly Brook took to the stage for her West End debut in the play Fat Pig last night. She took over the role from Joanna Page, who previously played the American dumped by her boyfriend for a larger woman. Kelly strips down to a bikini in a beach scene in the play, something that her modeling days will have well prepared her for! At the end of the evening, Danny Cipriani took his beaming girlfriend home in his car, as she clutched a bouquet of flowers. Big congratulations, Kelly! 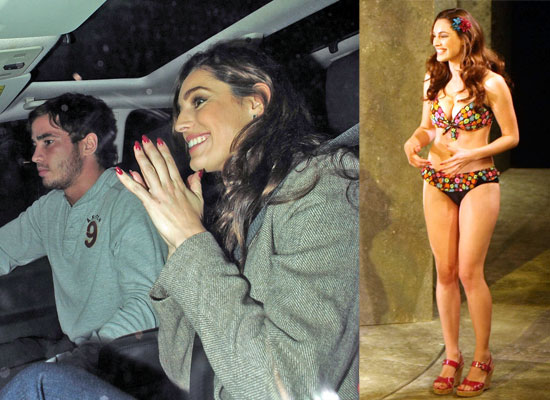