After finishing her stint in rehab two weeks ago, Kelly Osbourne was back in the arms of her fiancé Luke Worrell at Los Angeles Airport this week. Kelly entered rehab in January for a 30-day stay, and she certainly looked healthy and happy as she kissed Luke and held on to her puppy's lead in the Californian sunshine. The Obsournes are facing some troubles at the moment, as Sharon is being sued by a model, but the family do have positives to concentrate on, as their new series Osbournes Reloaded premieres on Fox on 31 March in the US. 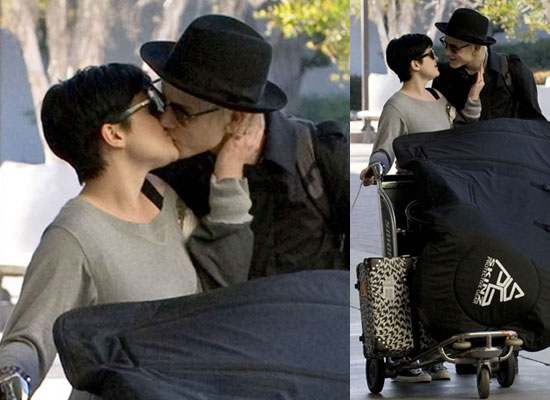