Paris Hilton and Doug Reinhardt continued their European tour and arrived on our shores yesterday. Living the high life, they ate dinner at the Wolseley and partied the night away at Mahiki, where Kelly Osbourne kept the crowd entertained as DJ in her Geri Halliwell-esque Union Jack dress. Although Paris might not win the coveted awards for her films, her "Paris Hilton Responds to McCain Ad" has been nominated for a Webby Award. 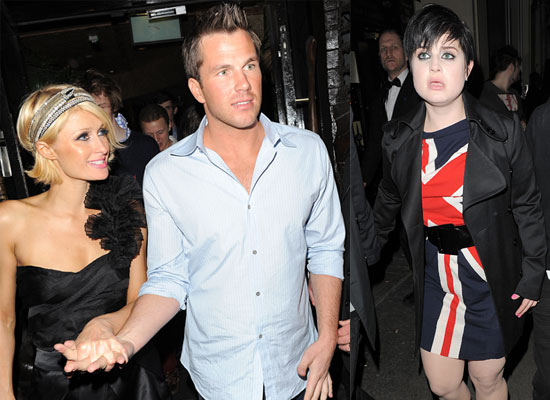