Kelly Osbourne wrapped up against the cold weather at Radio One in London on Sunday with her leopard print scarf shielding her from the elements. Kelly's recently been speaking candidly in support of check-ups for sexually transmitted diseases, saying that she gets checked out four times a year by doctors for her own peace of mind. Meanwhile, newspaper columnist Zoe Griffin has been accusing the DJ of bullying her, saying Kelly swore at her in a London club and then had her removed from the premises, claiming she had a restraining order against her. Curious. 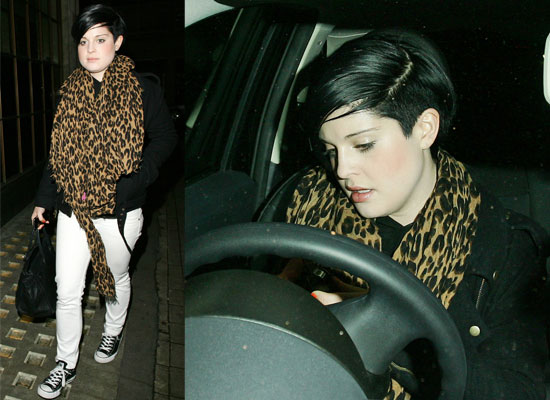