Michelle Trachtenberg, Kelly Rutherford and Matthew Settle were hard at work on the third season of Gossip Girl yesterday in New York City. Michelle and Kelly looked all dressed up in their silky gowns, and chowed down some food and drink with Matthew as they waited in between set ups. Meanwhile gossip has been brewing about their costars after Chace Crawford was seen kissing Twilight's Ashley Greene after the Teen Choice Awards at the weekend, while Ed Westwick and Leighton Meester have struck a rather sexy pose in the new Elle US. Hot stuff! 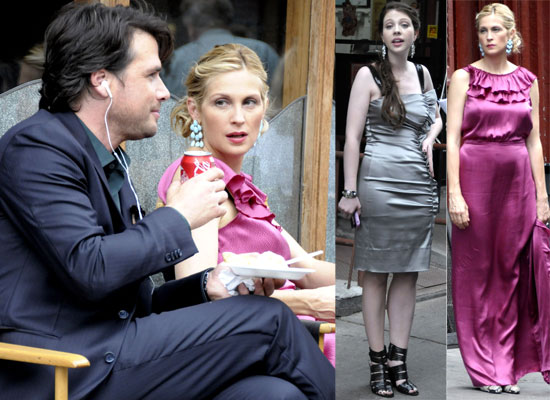