Kevin Jonas, Joe Jonas and Nick Jonas were greeted by hundreds of screaming fans at the UK premiere of Jonas Brothers: The 3D Concert Experience at London's Empire Leicester Square last night: check out video footage after the jump. Joe said: "The fans are incredible and they came out in such big numbers today". Taylor Swift guest stars in the film, which features backstage footage plus clips of their Burning Up tour, and is released in the UK on 29 May. Let me know whether you'll see or skip it by voting in my slideshow poll of May movies. 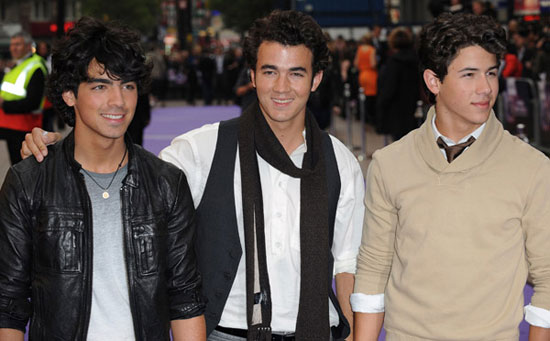 To see video footage of the premiere plus lots more pictures of the Jonas boys and all the guests, including Amanda and Sam Marchant and Bianca Gascoigne, just read more.