Kiefer Sutherland was covered in blood as he filmed scenes for season eight of 24 in downtown Los Angeles yesterday. Even though Kiefer had previously said he would be open to filming more episodes, this will be the final season of the show, and like me the majority of you are sad to see it go. There is still talk, however, of a possible feature film set in Prague, which would give us two more hours of Jack Bauer. After seeing the telefilm Redemption, which bridged seasons six and seven, I'd be interested in a 24 feature film, what about you? 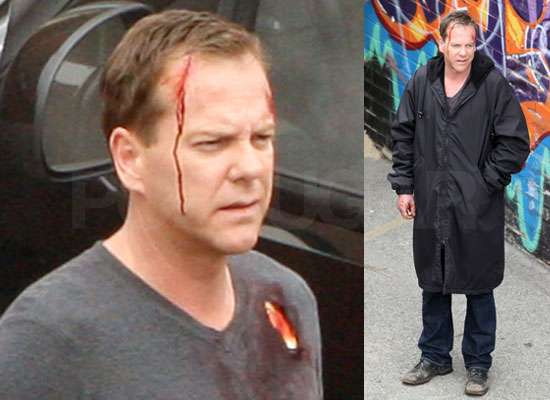