Kiefer Sutherland has been jetting around Europe for Monsters vs Aliens, travelling from Germany to England to Italy, and now he's in the City of Love, Paris. Inspired by Reese Witherspoon and Jake Gyllenhaal's romantic strolls in the French capital, Kiefer took some time off from work to enjoy lunch at Chez André with girlfriend Siobhan Bonnouvrier yesterday. He might return to Europe for the 24 movie, which he says could be filmed in London and Prague. You're pretty evenly split of whether you prefer Kiefer smart or casual, so what do you think of him with eyewear: does Kiefer still do it for you in sunnies and spectacles? 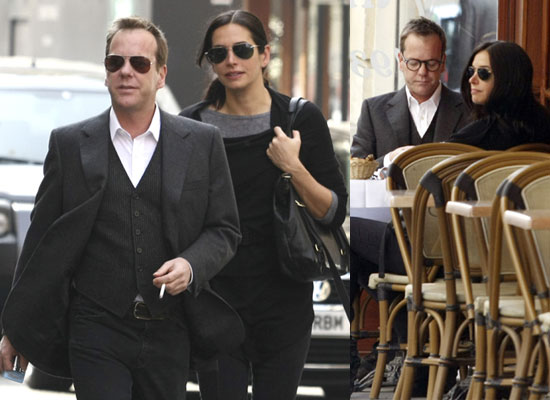