Kiefer Sutherland spent the weekend in London, wearing sunglasses as he met fans on Friday and sticking with his favourite scarf on Saturday night. After an eventful evening out, he appeared on Friday Night With Jonathan Ross and chatted about 24, his daughters and grandson, his time in prison and what he plans to do next: watch the full interview after the jump. Kiefer also talked about his emotional response to filming the show's final scenes, as well as his excitement about making the films next. Like me, the majority of you are sad about the end of 24, but with feature films in the works, we've still got more Jack Bauer to come. 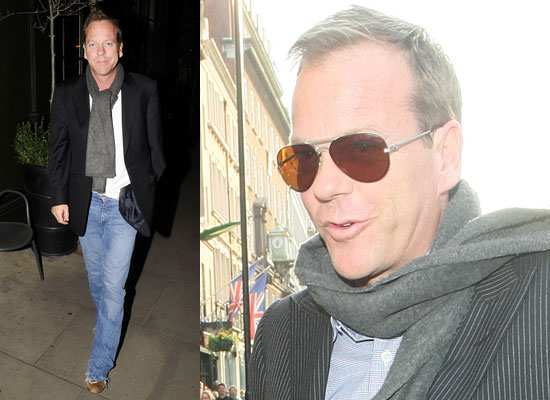