Kiefer Sutherland was surrounded by costars past and present at the 24 Finale Party at Boulevard3 in Hollywood over the weekend. As well as celebrating the end of season eight, the party also marked the end of the entire series, which the majority of you are sad to see go. Kiefer was joined by Annie Wersching, who looked quite different compared to the season eight launch party in January as she was showing off her baby bump! Mary Lynn Rajskub was also in attendance, as were several of Jack Bauer's past loves, including the actresses who played Audrey Raines, Terri Bauer and Nina Meyers, plus actors Anil Kapoor, Carlos Bernard, Dennis Haysbert, James Morrison, John Boyd and Jon Voight. With plans for a feature film already being discussed by Kiefer, it's not a final goodbye yet. 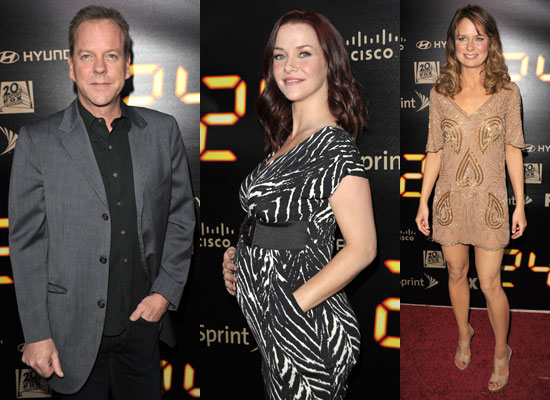 To see more pictures of Kiefer and all the partygoers, just read more.