Kiefer Sutherland turned himself in to the New York Police Department's 1st Precinct Station in Manhattan yesterday, after allegedly headbutting fashion designer Jack McCollough at a party following Monday's Costume Institute Gala. After being interviewed by investigators, Kiefer was charged with misdemeanour assault (a minor charge apparently similar to a speeding ticket) and ordered to appear in court on 22 June. Police have said they might question Brooke about the incident, while Brooke has apparently admitted to friends she was "jostled" but it was "no big deal", blaming her fall on her high heels. Prosecutors are checking whether the incident puts Kiefer in violation of his probation following his 2007 drink-driving conviction. 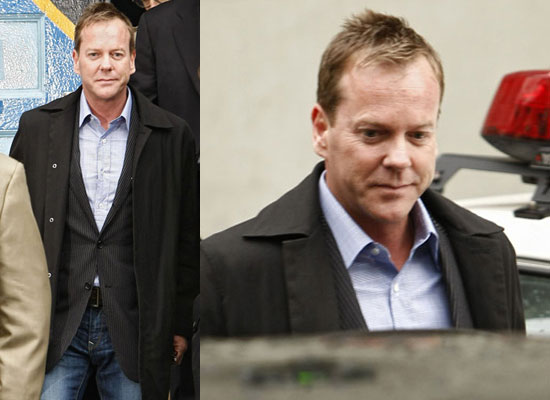