We've already seen Sarah Jessica Parker and Chris Noth filming Sex and the City 2, and they were followed quickly by Cynthia Nixon and David Eigenberg, and now Kim Cattrall has joined the cast in Manhattan! Judging from the smile on her face, Kim's thrilled to be back, and I'm sure that grin would get even bigger if Jason Lewis also returns as Smith Jerrod. He told PopSugar US there's "a good chance" he'll be in the sequel, so here's hoping. Kim will have to leave New York soon, as she is to be inducted into Canada's Walk of Fame on the 12th. With three of the quartet back on set, we just need to see Kristin Davis to complete the foursome! 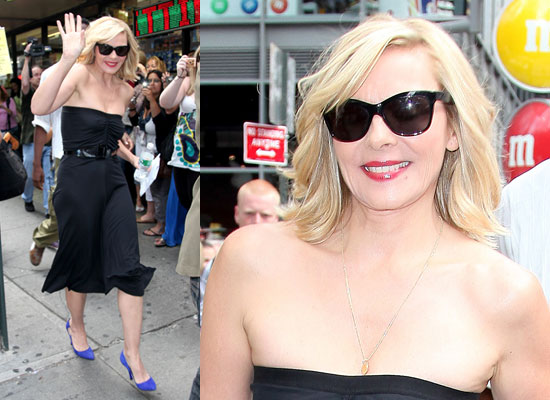 To see more pictures of Kim back as Samantha, just read more.