Kristen Stewart joined the tons of celebrities we've already seen at Coachella, and wore her hair up under a cap for the Lacoste Pool Party yesterday. The recent birthday girl was full of smiles as she hung out in the shade: test how well you know the new 20-year-old by taking my quiz! Kristen's enjoying a bit of down time before she gears up to reshoot and promote Eclipse, and she's already started dishing about the film and how it was odd kissing Taylor Lautner, telling EW: "It felt really weird kissing someone else as Bella. I was like, ‘What the hell are you doing?’ It was a really strange experience—as it should have been." Other Twilight stars like Ashley Greene have also commented on footage from their latest film: exciting! 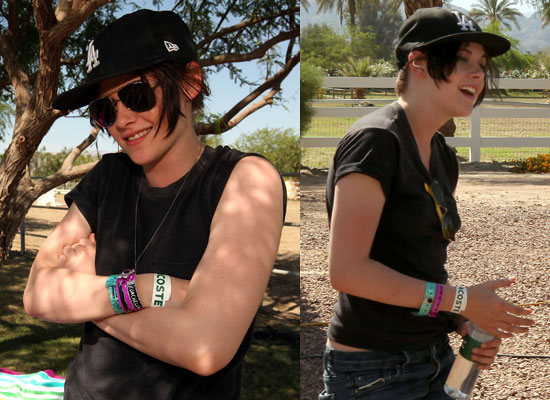