Kristen Stewart gave Dakota Fanning a lift in her car earlier this week, and the two of them had quite a laugh as they left the studios where they're currently rehearsing for The Runaways. While Kristen's been hanging out with Joan Jett a lot recently — as she's playing her in the movie — but she's also been spending a lot of time with her New Moon costar Dakota Fanning, who also plays a member of The Runaways. Must be a lot of fun for them, as it certainly looks like they get along really well! 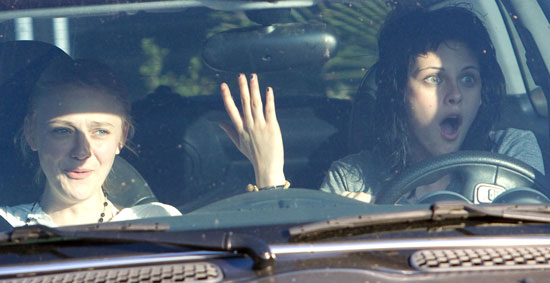