Kristen Stewart arrived in Park City, Utah at the weekend to showcase two of her movies at the Sundance Film Festival, leaving Robert Pattinson back in London for the Haiti telethon. On Saturday she posed with director Jake Scott and actress Melissa Leo at the premiere for Welcome To The Rileys, and then on Sunday she walked the red carpet with costar Dakota Fanning and legend Joan Jett for the premiere of The Runaways. Check out who else was in Park City this weekend, following the opening day of films last Thursday. Pop US is tweeting from the Festival, so be sure to keep up with all her celebrity sightings! 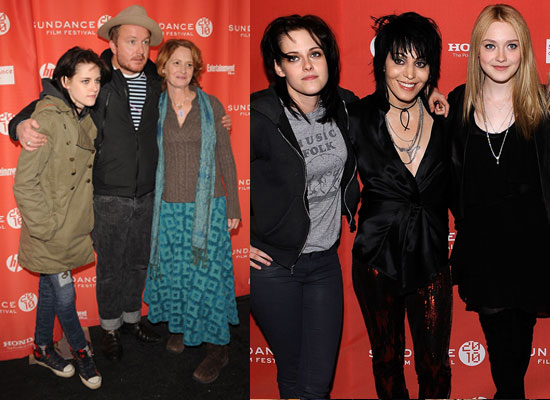 To see more pictures of Kristen and her costars at Sundance, just read more.