Kristen Stewart and Dakota Fanning premiered The Runaways in Los Angeles last night, and their Eclipse costar Taylor Lautner turned up to support his buddies: see the trio in action in the new Eclipse trailer! Dakota stuck to her silver dress all evening, but Kristen changed out of her pink dress into jeans and a midriff baring t-shirt for the afterparty at Cabana Club, where she hung with her Twilight saga pals as well as Joan Jett and Cherie Currie. We've already had a glimpse of Kristen and Dakota's singing abilities as well as The Runaways trailer, and my girl Molly was at the premiere, so check out PopSugar's twitter for all the gossip! 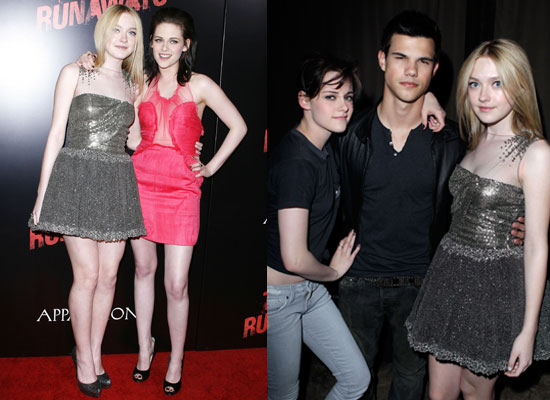