Kristen Stewart was shyly hiding her new haircut under her hood as she left a recording studio in LA yesterday. It looks like her hair's been cut again, there certainly seem to be some more layers in there compared to yesterday's photos, as she morphs into Joan Jett for her new movie The Runaways. Kristen's been learning the guitar for the movie, and it's been announced that she has a new recently cast bandmate — Alessandra Torresani will play Lita Ford, alongside fellow Runaways Dakota Fanning as Cherie Currie and Stella Maeve as Sandy West. Exciting! 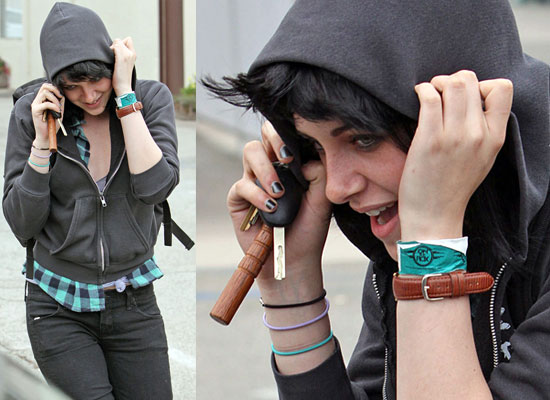