After supporting Robert Pattinson at the Remember Me premiere in New York last night, Kristen put on a pair of ripped jeans and headed to JFK for a flight out of the city. She'll have her own promoting to do when The Runaways is released later this month in the US. The full track listing for the soundtrack has been revealed and Kristen will show off her singing skills in four songs with costar and New Moon buddie Dakota Fanning. The majority of you are excited about the film and I'd love to know what you think about the singing, so vote below to let me know: are you excited to hear Kristen sing with Dakota in The Runaways? 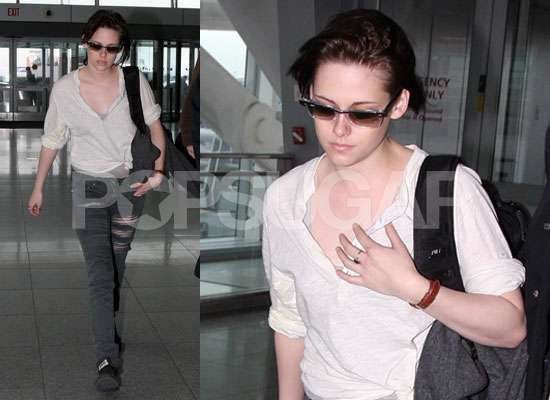