We've had plenty of glimpses of Robert Pattinson recently, but not so many of his Twilight costar Kristen Stewart working on her new movie The Runaways. She was out and about in the Californian sunshine earlier this week though to film an energetic scene with her onscreen bandmates including Dakota Fanning and Alia Shawkat. The band are on the run carrying their instruments, with Kristen dodging around a policeman at one point! I'm still really looking forward to seeing this movie hit the big screen, are you? 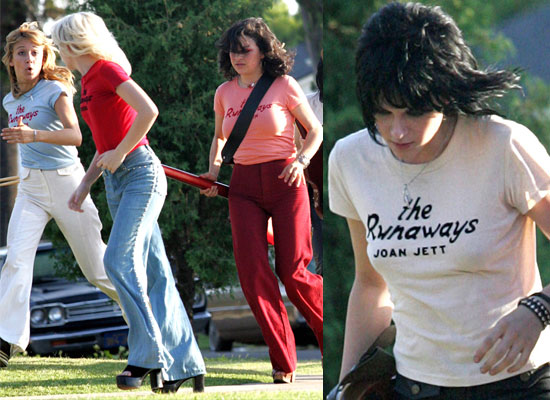