Kristen Stewart and Joan Jett got a ride together as they left the studios where Kristen is preparing to play Joan in new biopic The Runaways. Seeing them together, I think Kristen is a great choice to play a younger Joan, don't you? Kristen's hunky recent costar Robert Pattinson is currently filming Remember Me in the break before they film the follow up to New Moon. The successful Twilight cast have even more reasons to celebrate as they're up for twelve Teen Choice Awards including Choice Movie Actress and Actor for Kristen and Robert! 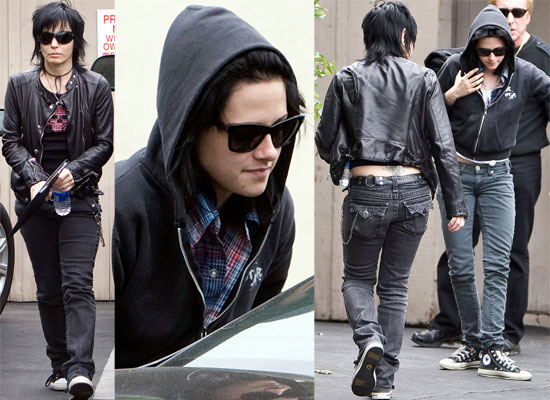