Kristen Stewart was spotted at LAX last night, flying back from Austin, Texas where she attended a screening of The Runaways with Dakota Fanning at the SxSW festival. Airports must be a second home to Kristen, as last week she also glammed up to attend the New York premiere of the movie. One person close to Kristen who doesn't like getting glammed up is Robert Pattinson, who now insists that makeup artists don't touch his eyebrows after he had them plucked for Twilight. Worried Rob said, "...you get to the point where you think, 'Okay, I look like a transvestite now.'" Well, millions of his fans certainly didn't complain about his appearance as Edward Cullen! 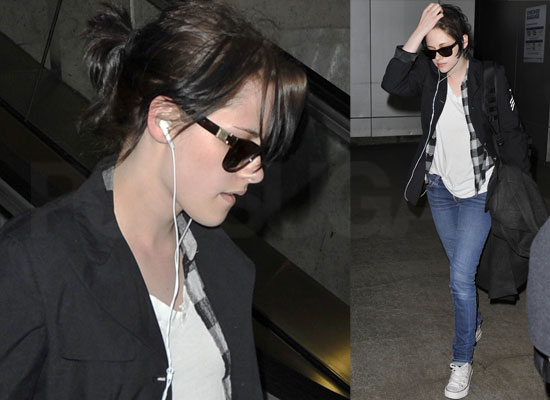