Following Robert Pattinson as he left LA for Vancouver to work on the new Twilight movie Eclipse, Kristen Stewart was spotted at LAX on her own separate way up to Canada to shoot the third movie in the series. Working her inner rock chick in a Joy Division tee and messy jet black hair, Kristen worked her casual cool look as she made her way to departures. The fan support at the Teen Choice Awards must have been a huge boost to their spirits to get the new film going, and despite Ashley Greene's recent worries, I'm sure the cast will band together and make this another unforgettable chapter in the series! 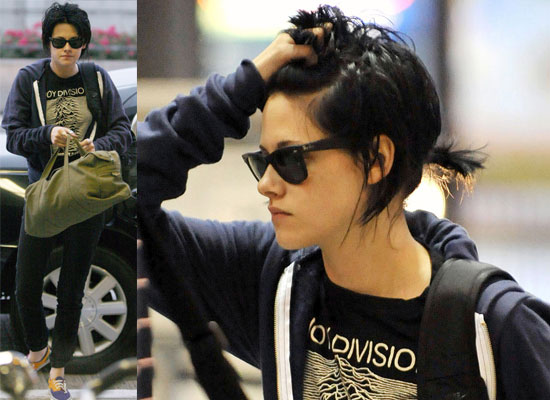