Kristen Stewart attended the Burberry Prorsum show yesterday as part of London Fashion Week after her success at the BAFTAs and the Elle Style Awards, and kept quiet though Robert Pattinson apparently spilled the beans on their relationship earlier this week! 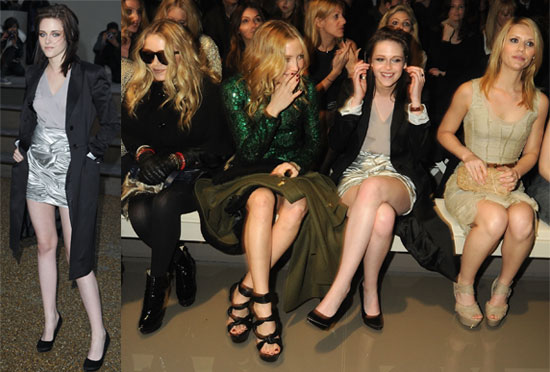 Sitting on a front row that included Mary-Kate Olsen and Claire Danes, it was Kate Hudson that pulled a big grin out of Kristen as she joked with the Twilight star before the show started. Also in attendance were The Kooks, and cute British couples Bonnie Wright and Jamie Campbell Bower, and Kaya Scodelario and Elliott Tittensor — what a star studded show. FabUK wants to know who you think is the best dressed! 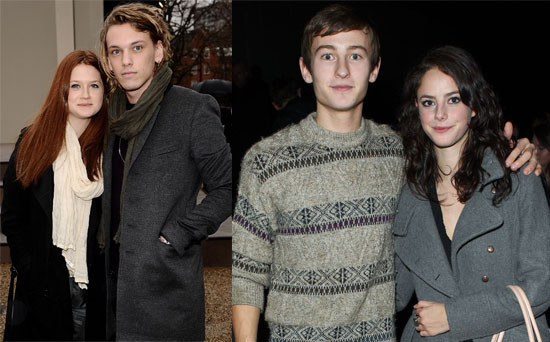 To see many more photos of all the celebs at the Burberry Prorsum show, just read more.