Kristen Stewart and Dakota Fanning have been working hard over the weekend at a Hollywood studio on their new movie The Runaways. Kristen's undergone quite a hair makeover for her role as Joan Jett, first hiding the new mullet style under her hood, before looking rather unhappy while out and about. This weekend, however, she seemed to feel a little more comfortable with it, offering a smile and a wave to photographers as she left the studio, her costar Dakota following behind shortly afterwards. It's great to see her in such high spirits, and with rumours still flying that she and Robert Pattinson's romance may be as present off screen as in the Twilight movies, she could have a lot to smile about! 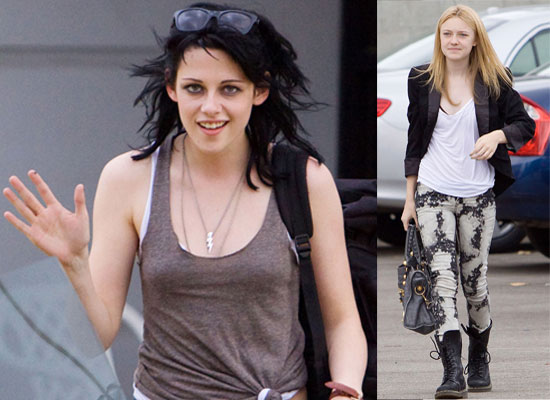