Loads of stars got dressed up to attend the Glamour Women Of The Year Awards at Berkeley Square Gardens last night. Kylie Minogue continued the celebratory mood since her birthday last week by picking up the big award of the night, Woman of the Year, as well as the Entrepreneur gong. British favourites Alexa Chung and Fearne Cotton won the Presenter and Radio Personality awards respectively, and Katy Perry was named Newcomer of the Year. 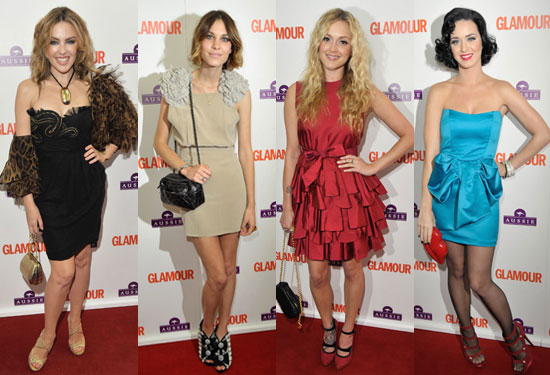 Acting awards went to Michelle Ryan, Amanda Seyfried, Becki Newton and Joanna Page, all of whom looked stunning on the red carpet, while Girls Aloud were unable to collect their Band of the Year award as they were busy performing on tour. Cheryl Cole couldn't pick up her TV Personality of the Year award in person, and Kanye West wasn't there to collect his Man of the Year gong, but Adele and Estelle both turned up to receive their awards. 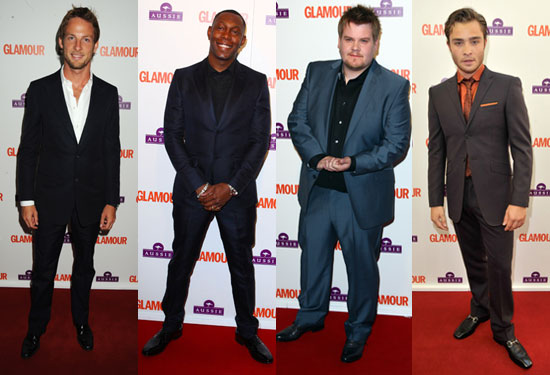 Plenty of gorgeous men turned up to support the Women of the Year, including Mocano Grand Prix winner Jenson Button and Dizzee Rascal, who is number one in the singles chart. James Corden took time out from filming Gulliver's Travels to show off his beard at the ceremony, while smouldering Ed Westwick showed once again why he'll be perfect as Heathcliff.