Kylie Minogue and Fergie entered into the spirit of Halloween at Club 57 in New York at the weekend and got dressed up just like lots of other stars in the US and the UK. Fergie chose Egyptian style as Cleopatra, Marc Jacobs was Robin to his friend's Batman, while Kylie and her man Andres Velencoso went as a couple of mime artists! The pals looked like they were having a fine time, although much has been made of Josh Duhamel's absence, even though his rep has denied rumours he cheated on Fergie with a stripper. Kylie has reason to celebrate this week, as her Agent Provocateur ad, where she rides a bucking bronco wearing lingerie, has been named the best ever celebrity viral ad: check it out after the jump. 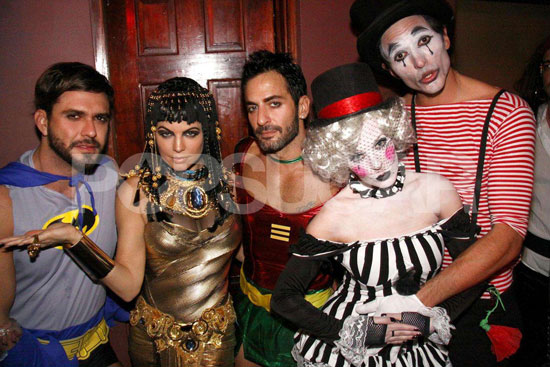