Superstar singers took to the stages in Chelmsford and Staffordshire for V Festival this weekend. Katy Perry, Lady GaGa and Alesha Dixon impressed on stage in their outlandish outfits. My girl FabUK has the lowdown on all the stylistas, and I've got videos of the big performances — check them out after the jump. Lily Allen took time out from the cricket to sing on stage, and musicians from both sides of the Atlantic entertained the crowds. 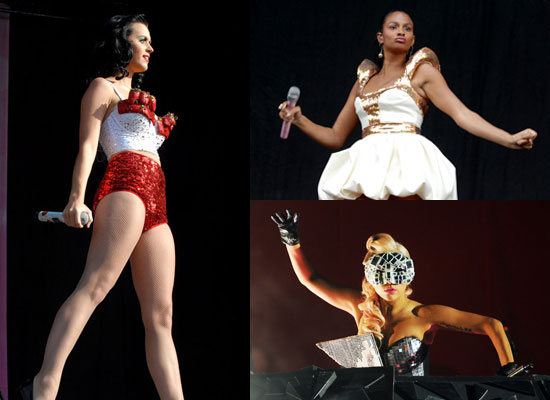 Brandon Flowers, Johnny Borrell, Dizzee Rascal, Mike Skinner, McFly, Natalie Imbruglia, Taylor Swift, Pixie Lott, Daniel Merriweather, James Morrison, Paolo Nutini, The Script and The Saturdays all performed. The big disappointment was Oasis were a no-show due to Liam Gallagher's viral laryngitis, but the big surprise was Amy Winehouse's appearance on stage with Pete Doherty and The Specials: you can watch her performance after the jump. 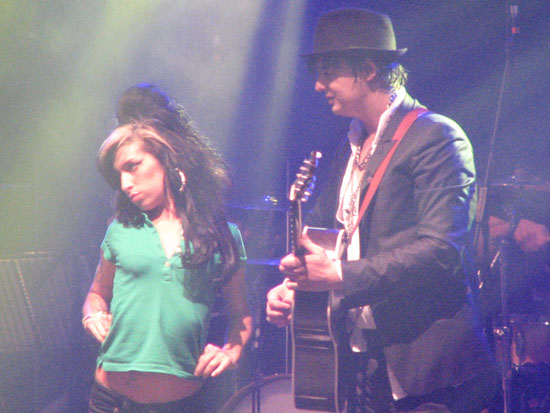 Katy Perry "Waking Up in Vegas"

Katy Perry "I Kissed a Girl"

Amy Winehouse and The Specials